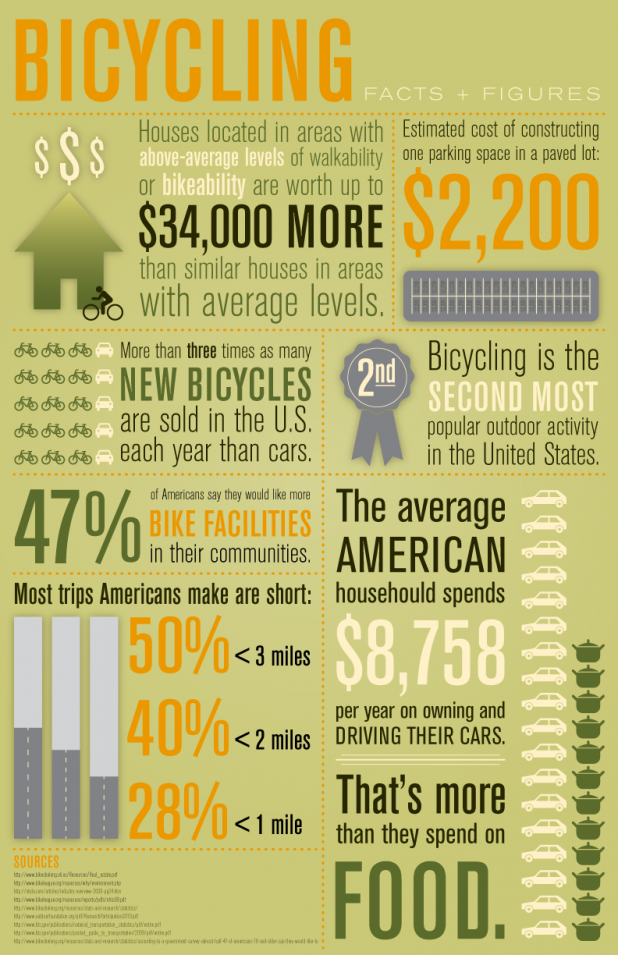 For quite some time we have heard in the news about the economic, environmental and health benefits of bicycling.

What we haven’t heard is why we are even talking about bicycling.

Our society has been car-centric since Henry Ford’s invention of the Model T in 1908, but now our national mindset appears to be changing.

As we entered the 21st century, we learned that what was good for the car was not necessarily good for our health, our environment and our economy: More sedentary lifestyles fostered skyrocketing obesity rates; carbon emissions from car exhaust exacerbated climate change; and the rise of car-oriented suburban shopping malls hollowed out our once-thriving Main Streets.

There is reason to have great hope for the future, though. Upcoming generations appear to be far less reliant on motor vehicles. Fewer young people are getting a driver’s license. In 1983 about 92 percent of 20- to 24 year olds had one, but in 2011, only 79 percent did. The percentage of 16- to 19 year olds who had licenses fell from 72% to 51% in the same time period. 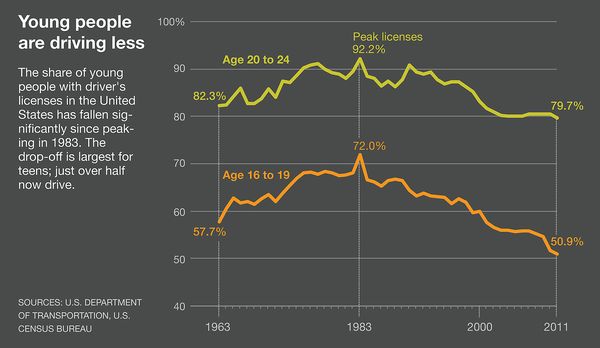 As a society, we are beginning to realize that that there are more convenient and desirable transportation choices with demonstrated health, environmental and economic benefits. Therefore, many of us are taking a more balanced approach. A recent study by the American Public Transportation Association indicates more Americans used public transportation in 2013 than in any year since 1956. From 1995 to 2013, transit ridership rose 37 percent. 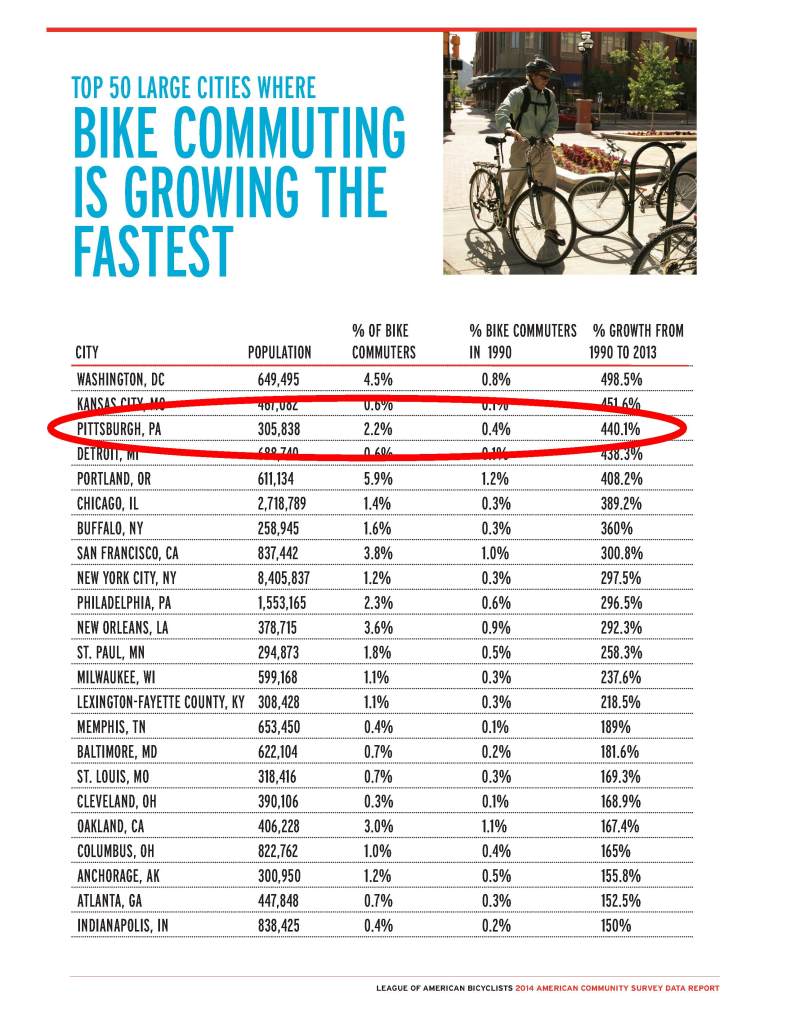 The 2013 American Community Survey shows a 62 percent increase, since 2000, in bicycle commuting nationwide. Pittsburgh’s increase was a whopping 408 percent, the largest increase of any city in the nation. http://bikeleague.org/content/updated-bike-commute-data-released

So, how can we accommodate bicycling without compromising the efficiency of vehicle travel? Part Two to follow next week.