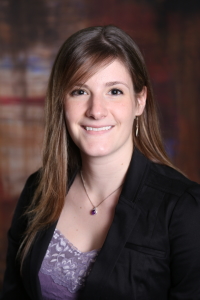 She earned many awards from Penn State including a Distinction Award in May 2015; Excellence in the Study of Landscape Architecture in 2011, 2012 and 2013 and American Society of Landscape Architects Student Awards of Honor and Merit Nominee from the ASLA Penn State Chapter in April 2015. She also earned a Parkland Garden Club Scholarship from Parkland Garden Club in 2010 and a Student Ecologist Award from the Lehigh Gap Nature Center in 2010.