The Pennsylvania Recreation and Park Society awards are presented annually to those individuals who have demonstrated professional leadership, contributions having a lasting value to the parks and recreation profession, and a commitment to the advancement of the Society. The winner of the 2021 PRPS Distinguished Member Award in honor of Robert D. Griffith, from Pashek + MTR, Heather Cuyler.

The Distinguished Member Award is named in honor of Robert D. Griffith, the longtime Executive Director of PRPS, and seeks to recognize those professionals who have consistently contributed to the advancement of the Society, affiliated organizations and the parks and recreation profession.

Heather began her career as a part-time Director and quickly became the first ever full-time Director of Parks and Recreation in Marshall Township. Over the next 20 years, her passion for our field has guided her career, both professionally and as a volunteer.   Her efforts and significant achievements as an advocate, volunteer and professional have advanced public recreation and parks and have had tremendous impact on the quality of life in her region and across the state.  She has been involved with the Moraine Preservation Fund for more than 20 years, is the co-founder of the Recreation Alliance of North Pittsburgh and is now a Recreation Planner for Pashek + MTR. Heather is a Certified Parks and Recreation Professional, Certified Playground Safety Inspector, & Certified Pool Operator.

Heather is deeply committed to PRPS having served on numerous Annual Conference Committees, and the Membership, Governmental Affairs, and Recognition and Awards Committees, as well as holding leadership positions throughout her very active years in District One.  As her nominator stated in her application for this award, “Heather has consistently contributed to the advancement of the Society, affiliated organizations, and our profession in countless ways, and been a champion for parks, trails, greenways, and open space preservation throughout the Commonwealth”.  Certainly, appropriate words befitting a Distinguished Member. 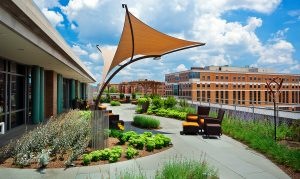 The design for the Healing Garden Terrace at the Mario Lemieux Center for Blood Cancers at UPMC Hillman won a Merit Award from the Pennsylvania/Delaware Chapter of the American Society of Landscape Architects.  It was exhibited at the national ASLA conference in Philadelphia last month.  It’s the second award for this project.

The challenge was to design a green roof on an existing facility that: uses the proven therapeutic power of art and nature to help in the healing process; provides a positive distraction for patients before and during treatment as well as throughout the four seasons; accommodates the safety and unique needs of blood cancer patients; provides a variety of intimate, contemplative and social gathering spaces within a small terrace; and uses sustainable design principles.  For more information check out the project page. 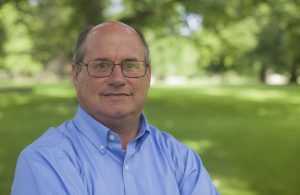 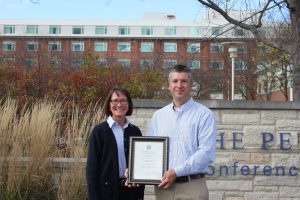 Pennsylvania Chapter of the American Planning Association (PA Chapter of APA) awarded a certificate of merit to the Township of Pine’s Performance Workbook, which was completed in 2014-2016 by Pashek+MTR.

Larry Kurpakus, Pine Township’s director of code enforcement and land development, accepted the award at the annual conference and awards lunch on Oct. 24, 2017. Elaine Kramer, planner and landscape designer at Pashek + MTR, who worked on the plan along with Jim Pashek, planner and registered landscape architect, attended the awards event.

Judges said the workbook format, with how-to check lists, cost estimates and project timelines, made it particularly user-friendly. They cited its creative organization and design as helping make the comprehensive plan “implementable.”