Want to be a commercial drone pilot? Here’s what you need to know.

As mentioned in our previous post, in order to fly drones for commercial purposes one needs to obtain a Remote Pilot Airman Certificate from the FAA as required by Title 14 of the Code of Federal Regulation (14 CFR) Part 107. Their objective is to ensure the safety of the National Airspace System (NAS) and that small unmanned aircraft systems (sUAS) do not pose a threat to national security.  To obtain a Remote Pilot Airman Certificate, you first must meet the following requirements:

Next, you have to pass the FAA knowledge test. This test evaluates your knowledge of the NAS and operations within the airspace.  Knowledge test topics include: 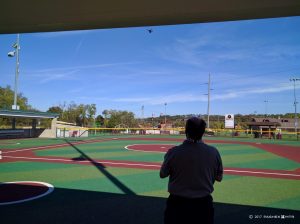 Further, it tests your knowledge of Chapter 107 regulations that establish specific operational requirements for small unmanned aircraft systems, such as: 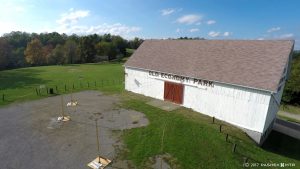 Chapter 107 indicates that the following regulations are subject to being waived in specific instances:

At this point, all you need to know was that waivers can be obtained. When we apply for a waiver we’ll share that experience with you.

While there are many critical factors to consider before flying your sUAS, the most important factor is to determine what airspace classification you will be flying within, and whether you must obtain FAA authorization to fly within that airspace. Generally, if you will be flying within 5 miles of an airport you most likely need to obtain authorization from the FAA. Currently it can take up to 90 days, or longer, for the FAA to act upon an authorization request. However, the FAA is working towards implementing an automated on-line system that will expedite the review process. In most cases once that system is on-line, most decisions should be made instantaneously. In some instances, applications will require additional time for review and decision. This will include applications associated with flying in controlled airspace of major airports and in close proximity to manned air traffic.

Once you pass through all of these tests and authorizations, you are free to fly.  Happy flying!

Recently, John Buerkle received a Remote Pilot Airman Certificate in the mail from the FAA. This enables him to fly a sUAS (Small Unmanned Aircraft System, aka drone) for commercial purposes, i.e. for work. The certificate is a very serious-looking wallet-sized card, much like a driver’s license.  This is his experience taking the test: 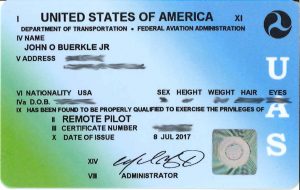 To obtain the certificate requires one to answer a slew of aeronautical based questions within a two-hour period.  60 questions, I thought how hard could it be? I’ve always considered myself a self-learner and good at taking tests. I followed the typical protocol, study the required information, schedule the exam, study further, cram for a couple of days in advance, then take the test. Generally, when taking tests, I typically finish well within the allocated time and leave with a pretty good feeling of how I’ve done on it. Well let me tell you, this exam took longer to complete and was much more stressful than I had anticipated.

To prepare for the exam I decided I was going to study all the free resources available on-line on the FAA UAS website as well as any others that I could locate. There were many. Once I felt like I was full of aeronautical knowledge, I took a sample on-line test provided by a UAS manufacturer. After not be able to answer the first half dozen questions I decided it was time to ‘hit the books’ again. After studying off and on in my free time in the evenings and on weekends (which these days seems to be few and far between), I was ready, I think, to take the exam. I scheduled the exam for 8:30 am on a Saturday morning at an FAA testing center, the Butler County Airport. I arrived at the airport a half hour early, as required by the FAA instructions. 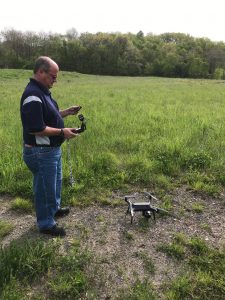 At the appointed time, I was led to the test room and sat in front of what appeared to be a 1990 IBM PC, with the mouse on a short leash, located to the right of the keyboard (I’m left-handed). After the proctor left the room I ‘adjusted’ the tethered mouse to the appropriate location and began to take the test.

About ten questions into the exam I was feeling confident, then I began to hit a wall. The next several questions were very challenging, and frankly I was not sure I had chosen the correct answer, and I skipped a few so I could come back to them later. Well, after struggling through the remaining questions over the next hour I went back and answered the dozen or so questions that I had skipped. Some I was able to answer by deduction, while others were pure guesses.

At this point I was sure I’d be returning to take the exam a second time in a few weeks. About an hour and forty-five minutes into the allotted two hours I summoned the proctor to indicate I was throwing in the towel, I was finished. I was hot, sweaty and generally ready to be embarrassed for not passing the test.

Next, the proctor said I could review the questions that I answered incorrectly. The feeling of doom further set in. Finally, the protector said I will print your score. She handed the results to me and I had answered 48 of the 60 question correctly, for a passing score of 80%. Whew, I passed with room to spare, by six questions to be exact. Whether or not true, the proctor made me feel good b

y saying that most people pass with scores somewhere between 70 and 75%. At this point I was just happy that I was leaving the airport.

Looking back now, I realize that what I was doing was more like preparing for a second career. I found that landscape architecture and aeronautics have very little in common. I also learned that in aeronautic fields you speak a second language, one without any, or very few vowels, and in some cases, combine those consonants with numbers. For example:

The above is a METAR. Oh, I forgot, you probably don’t speak the language, METAR is a Meteorological Terminal Air Report, i.e. current weather conditions. In this case for weather conditions for KAGC (Pittsburgh/Allegheny County) on 151832Z (the 15 day of the month at 1832 zulu time -2:32 eastern daylight time), VRB03KT (winds are variable direction, at 3 knots), 10SM (visibility is 10 or more surface miles, SCT030 (scattered clouds at 3000 feet AGL (above ground level) OVC042 (overcast cloud deck at 4200 feet AGL (above ground level), 22/15 (temperature is 22 degrees Celsius and dew point is 16 degrees Celsius), A3013 (altimeter setting 30.13),  RMK (end of METAR and beginning of Remarks), AO2 (site is automated and has a precipitation sensor), T02170150 (a nine digit place code indicating temperature and dew point to the nearest 1/10 degree, in this case 0 indicates the temperature is above Celsius, 21.7 indicates a temperature of 21.7 degrees Celsius, 0 indicates the dew point is above Celsius, and 150 indicates the dew point is 15.0 degrees Celsius.)

So now I think you understand the challenge set forth in gaining this certification. I also learned to read aeronautical maps. That’s another story for another time.

Next week I’ll share with you the Federal regulations and the specific aeronautical knowledge areas that you must be versed in to pass the exam.