We are pleased to welcome our new summer intern Lucy Rummler! Lucy is an MLA student at Penn State University. She enjoys working on design projects that involve ecological restoration, pedestrian and bike infrastructure planning, and planting design.

Lucy is excited to learn about the design process at Pashek + MTR and explore Pittsburgh this summer. Her undergraduate program and past work experiences have centered on plant ecology research, and she loves that landscape architecture allows her to combine this background with a design approach. Her master’s capstone project, which she is also working on this summer, is a flood resiliency project in Conway, South Carolina. She is also a volunteer for ClearWater Conservancy’s watershed cleanup, Centred Outdoors, and stream buffer monitoring programs. 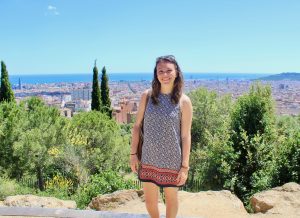