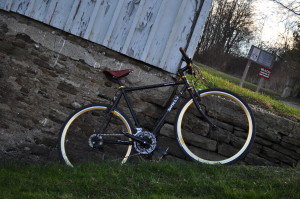 included presentations of existing conditions, facilitation of small group discussions at 16 tables and, after everyone had an opportunity to express their top issues, voting was conducted to prioritize those issues.

Jim coached the Sustainable Landscapes class on ways of making public meetings more engaging and emphasized strategies that encourage the building of trust between meeting facilitators and attendees.  After the meeting, the class acknowledged their enthusiasm about their roles in the public meeting and were amazed at how participants became excited to share their concerns and expectations.

The public meeting was part of a larger trail planning process that John Buerkle, principal at Pashek Associates, was assisting the graduate students with.  He has worked with the students on how soils, topography, and vegetation impact both the design and ability to maintain trails. They also looked at logical connections through the campus.

The public meeting was held in the new Robert M. Smith Student Center, a beautiful space for the meeting.  Kudos to our friends at DRS for their work on that building.