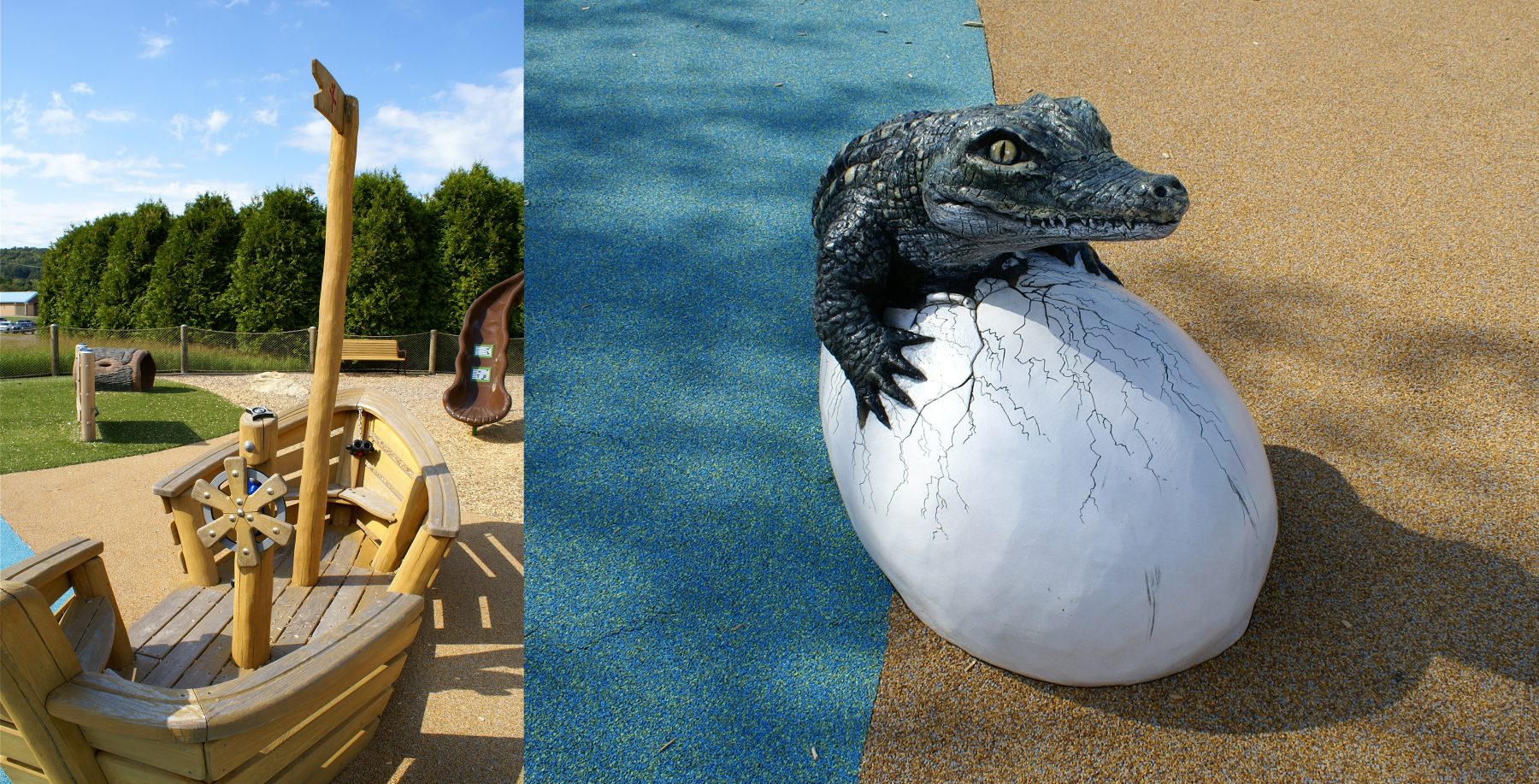 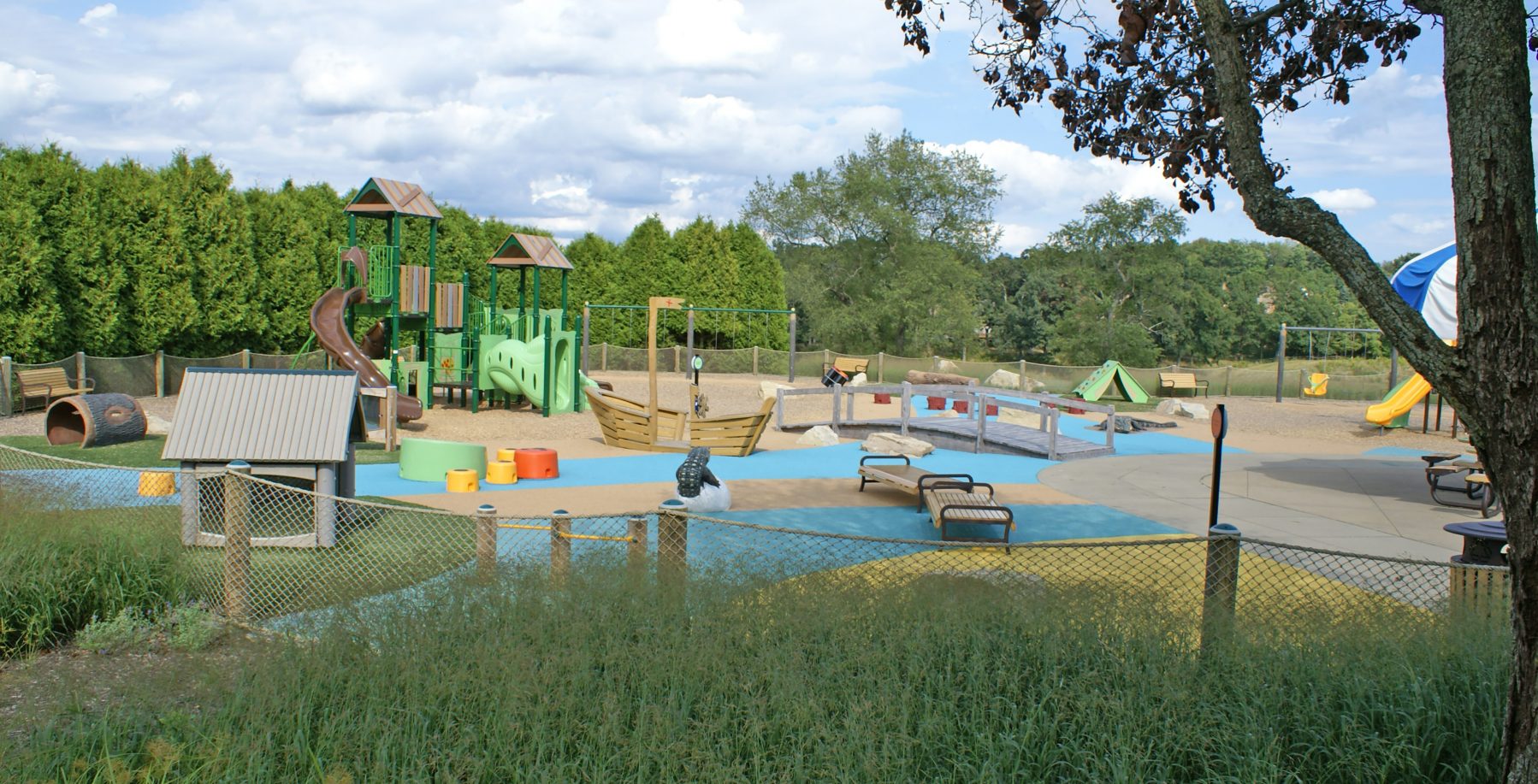 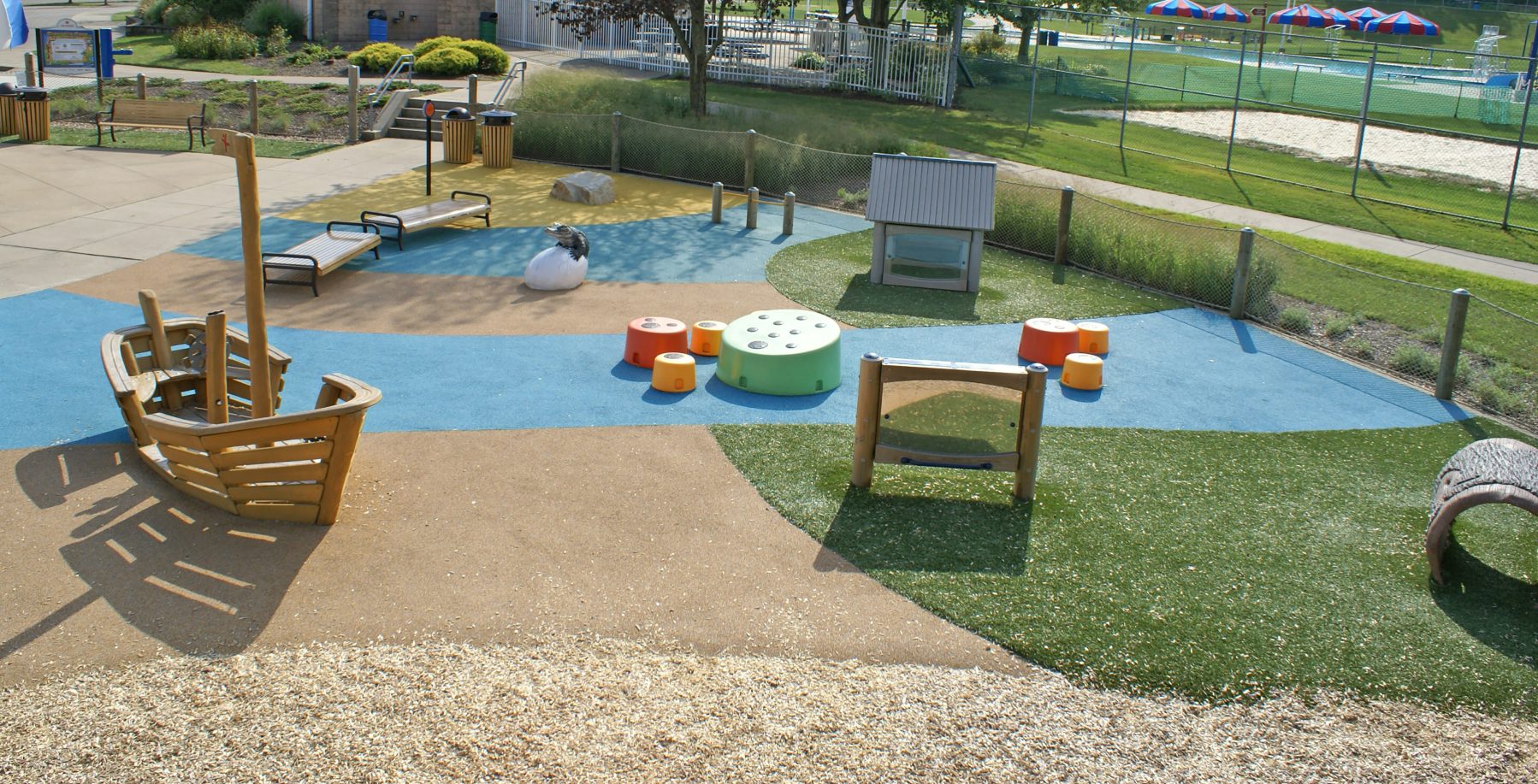 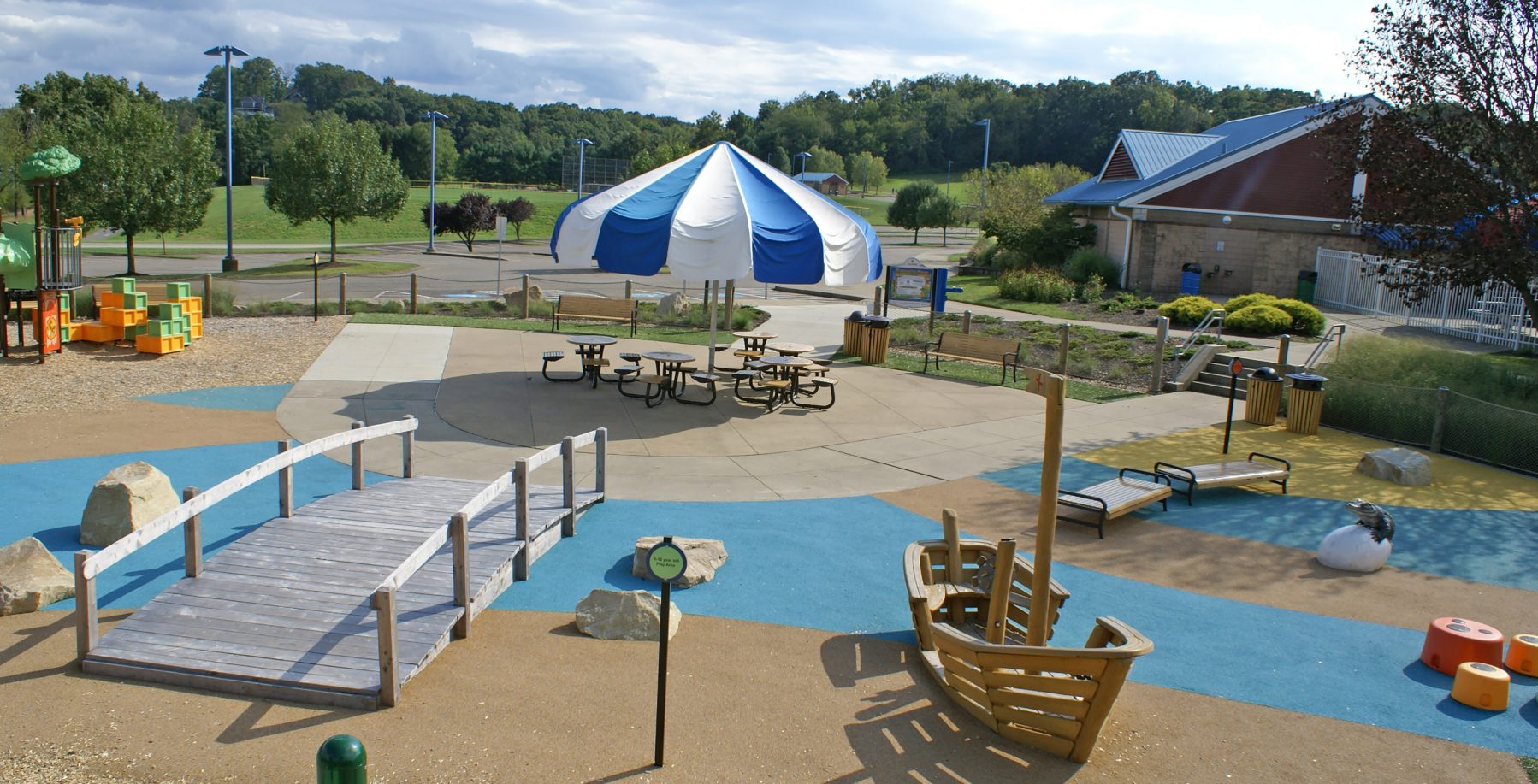 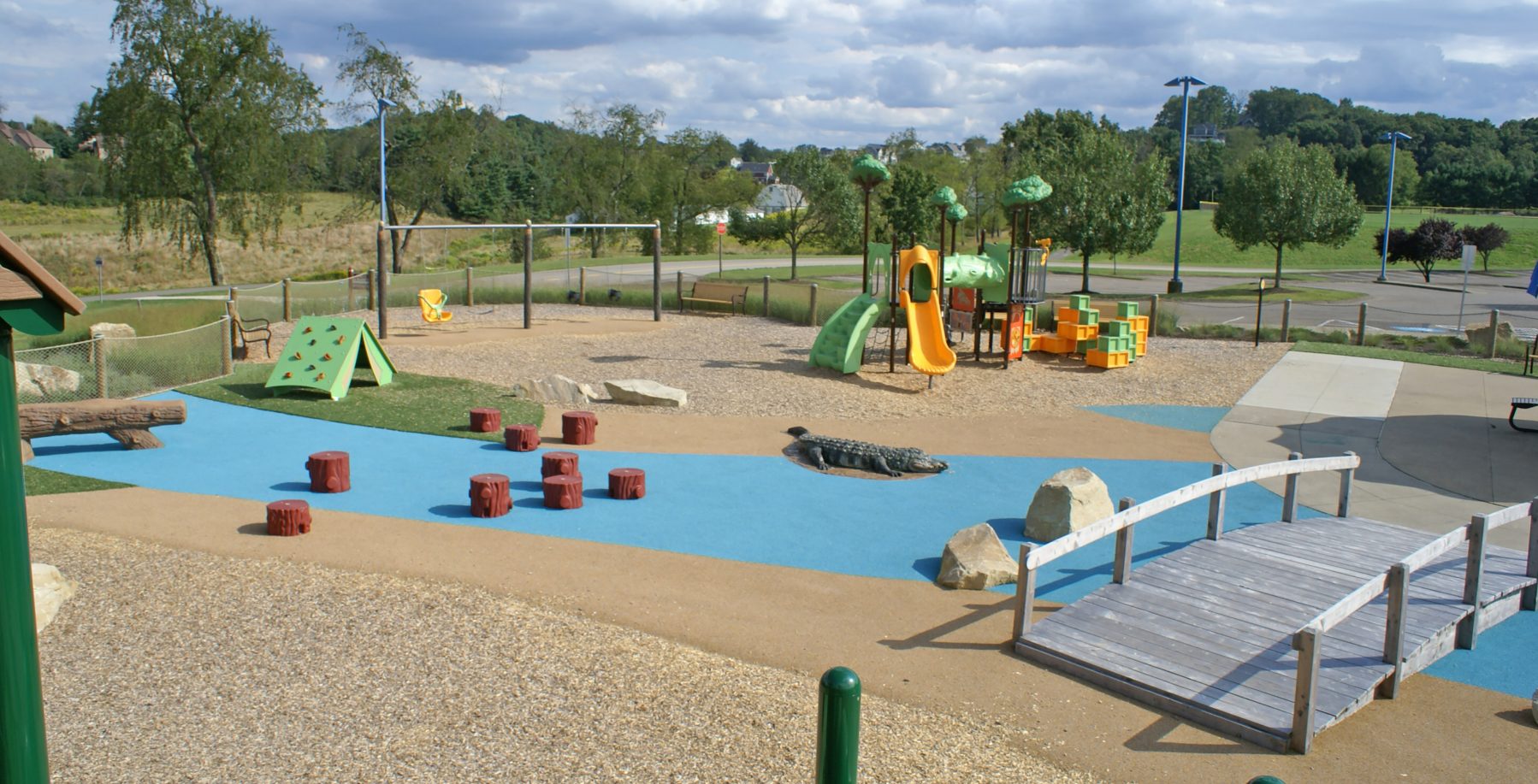 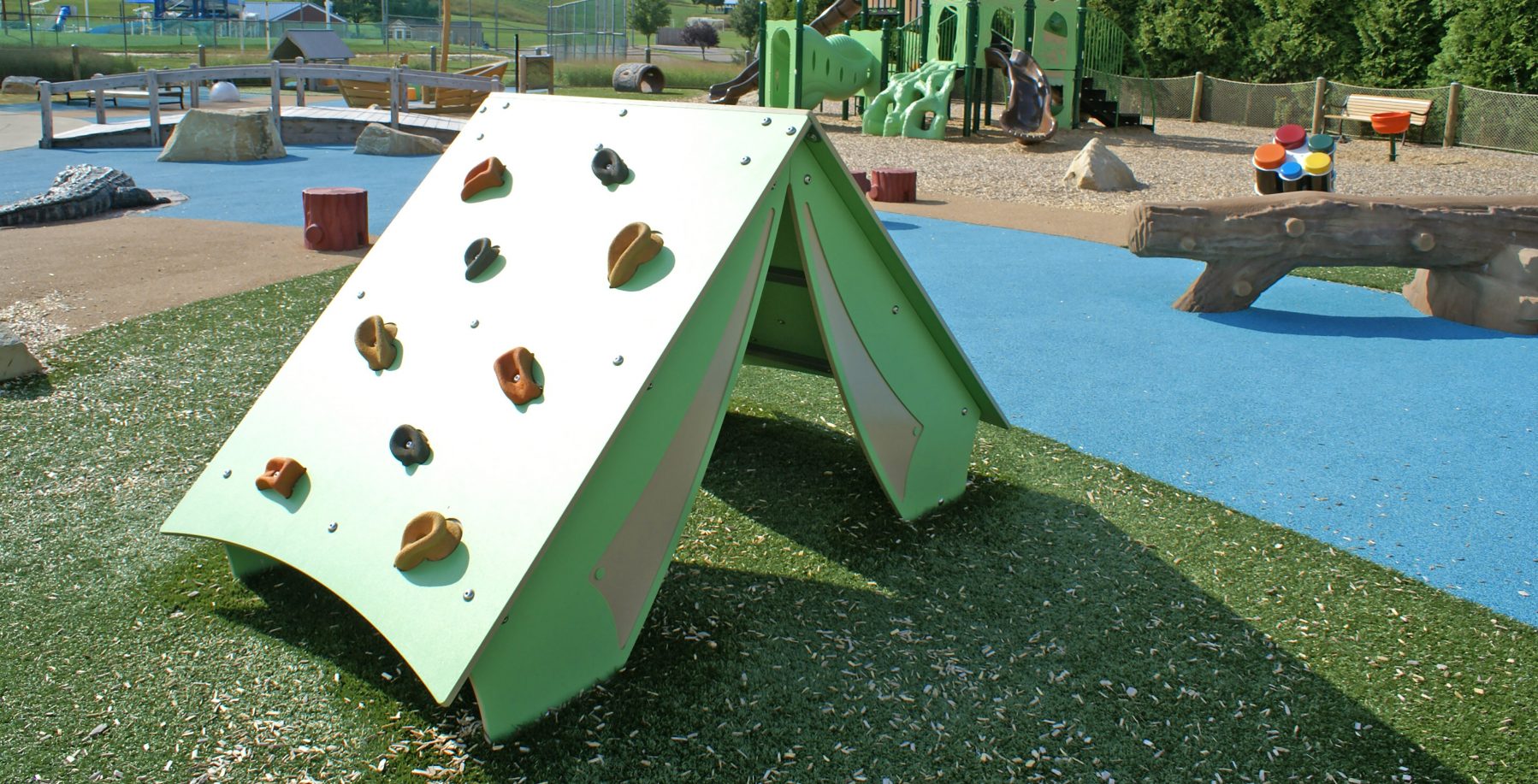 Pashek+MTR designed a themed playground adjacent to the community pool at North Boundary Park. Taking its inspiration from existing crocodile imagery at the pool, the playground features a “river” of blue playground surfacing that weaves among play areas for three different age groups, as well as two crocodile play sculptures.

The play space is intended to create the feeling of playing along a river. Kids can hop across the “river” on stepping stones or cross over an arched wood bridge. They can play in a wood boat in the river, or set up camp in a tent play house on the shore. They can tame and climb on an adult crocodile laying along the edge of the river (between the preschool and elementary age play areas), or a baby crocodile coming out of its egg (in the toddler play area).

Parents and caregivers can watch their kids play while sitting on durable benches with a faux bamboo finish. A playground fence made of cargo netting, bordered by native grasses, reinforces the water theme.

Pashek+MTR employees, along with hundreds of other volunteers, helped to put the finishing touches on the playground as part of a Kaboom! build day. 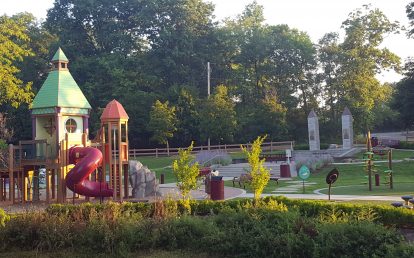 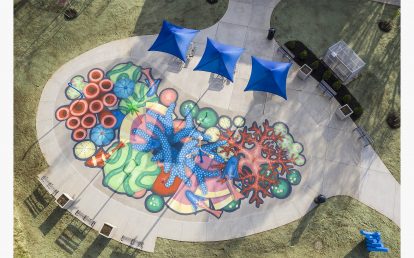 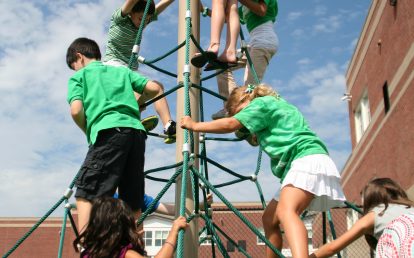 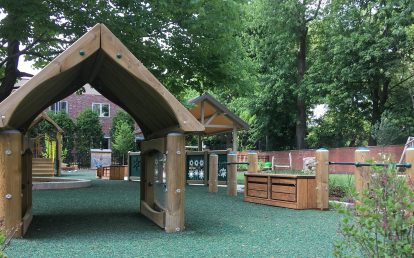